One day after learning that Mark Zuckerberg has told his employees that from now on his name will be ‘metacompanions’ (“Metamates”), Nick Clegg, a key person in recent years at the company and its top executive on political issues, he rises to hold a position that will have the same relevance as that of Zuckerberg himself or Sheryl Sandberg, director of operations at Meta.

The figure of Nick Clegg is very striking if we take into account that he was deputy prime minister and leader of the Liberal Democratic Party of the United Kingdom. He also worked in the European Parliament and in the European Commission and already in his political career he proved to be a great connoisseur of the management of social networks (as we will see in this article).

He has now been working at Meta as Vice President of Global Affairs since 2018 and his new position is President of Global Affairs, a promotion that puts him on the same level as the creator of the Facebook empire . In other words, just as Zuckerberg is to products and Sheryl Sandberg is to business, Clegg will hold the same position for global political affairs. Of course, the super power that Zuckerberg holds will not be eliminated, since, at the same time, as Sandberg already does, Clegg will have to report to him.

In the words of Mark Zuckerberg, “Nick will lead our company on all political issues, including how we engage with governments as they consider adopting new policies and regulations, as well as how in which we publicly defend our products and our work.

Full controversy with the EU 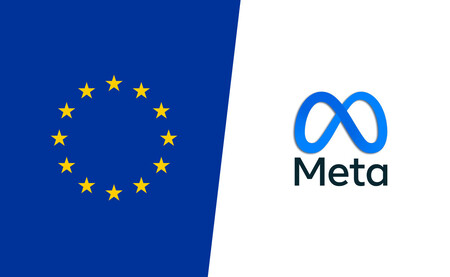 Clegg not only arrives in full expansion of a Metaverse that raises doubts. It also does so a few days after Meta warned in a document submitted to the United States Securities and Exchange Commission (SEC) that if an agreement is not reached with the Brussels authorities to share the information of European citizens with their systems in the United States, “the future of Facebook and Instagram in Europe could be compromised“.

This was felt as a challenge (also by the authorities of countries such as France and Germany) that generated great controversy and a few days later the Menlo Park company rectified it, but not completely: “Meta has not threatened to leave Europe at all,” a representative said. But it did question our European regulations regarding the protection and transfer of data.

This man is very knowledgeable about politics. “Sir Nick Clegg” has two decades behind him in British and European political life. Before being elected as an MP for the United Kingdom in 2005, he worked at the European Commission and was a member of the European Parliament for five years. Later, he became leader of the British Liberal Democrat party in 2007 and was deputy prime minister in the UK coalition government between 2010 and 2015.

In 2010, when interactions on social networks were much lighter than what we find now, Nick Clegg made decisions that managed to mobilize the citizens of his country on the Internet. For example, him starring in a format that was not known at the time, with digital political debates on Facebook and YouTube in the middle of the electoral campaign.

Zuckerberg denies the new accusations about Facebook and the problem is to trust him: in these other cases he has not told the truth

He also created a website to have citizen participation, consulting opinions on laws, which ended up collapsing due to the enormous number of visits it received. One of the great controversies of the British government with Clegg as vice president, on Internet issues, was about the surveillance by the State of Internet communications, and it was shown totally against.

In 2019, already on Facebook, Clegg starred in a controversy about the social network’s attitude towards political speeches: Nick Clegg, Vice President of Global Affairs and Communications at the time, said the social network washed its hands when to verify the veracity in political speeches so as not to interfere with their being subject to debate and public scrutiny.