The Civil Guard arrested yesterday in Madrid and Valladolid an international mafia based in the capital of Spain that had a very curious way of organizing, defrauding other criminal gangs and using cryptocurrencies to hide all their illegal businesses. It was specialized in money laundering through cryptocurrencies, of money that came from other criminal groups from all over Europe. Those criminal groups ended up becoming victims of this organization.

The investigation was carried out by the Central Operative Unit of the Civil Guard or UCO in collaboration with police forces from other countries. They began when they discovered a person who appeared to be laundering money that came from drug trafficking. Over time, the guards discovered a network of permanent collaborators who had their roles distributed within the organization. Among others were cryptocurrency experts.

Globally, the MAUNA operation has resulted in the arrest and investigation of 8 people, 9 real estate blocked, nearly 300,000 euros in cash seized, several “cold wallets” of cryptocurrency on USB, 30 accounts blocked bank accounts and assets worth more than 1,000,000 euros.

They used cryptocurrencies to launder money

There were several activities that this criminal organization carried out in parallel. Initially, they sourced cryptocurrency capital from various providers. These providers got their money from financial scams.

On the other hand, this criminal organization carried out intense fraud activity, which allowed it to become its own supplier of cryptocurrency as the main mode of laundering, committing scams in our country worth several hundred dollars. thousands of euros.

Although the Civil Guard says that at first it was a small group, over time, this criminal group became a benchmark to which money from different criminal organizations based throughout the world was directed. national territory.

Among the services that were developed over time, was that of offering other criminal gangs, in addition to currency exchange, individualized solutions such as virtual wallets where to store cryptocurrencies and software for investment monitoring.

They used a stablecoin 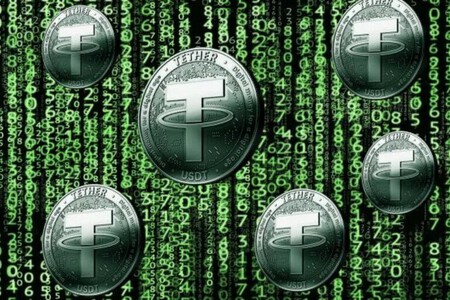 To avoid the fluctuation of cryptocurrencies such as bitcoin, the organized gang opted for
a stablecoin: USDT (Tether) or stablecoin to the US dollar. The organization converted its assets in this currency, which is always subject to the reference value of the US dollar.

Once the organization had a large amount of assets in cryptocurrency, it offered third-party criminal organizations the possibility of exchanging this digital asset for cash. The physical meetings took place in the offices they had in Madrid.

Shitcoins are useless cryptocurrencies: this is how you can identify them before losing an investment

Once the victims had made a certain profit, the criminal organization disappeared with all the cryptocurrency investment. This stolen money was used to defraud other criminal gangs in a similar method.

As support for its money laundering and fraud activity, the criminal organization had figureheads, as well as a complex international banking and cryptocurrency circuit with shell companies located in countries such as Spain, Belgium, Sweden, Germany or Lithuania.

There could be scams among the citizens

In addition to scamming organized gangs, the Civil Guard has said that the people who materialized the scam, bragged that they had done it on people in a precarious economic situation or even elderly.

Therefore, the operation remains open for the identification of possible harmed citizens in our country as a result of the massive fraud, beyond the scams between organized gangs and criminals.