One of the big news at the end of 2021 was the announcement that Movistar+ and DAZN would share the broadcasting rights for LaLiga from the 2022/2023 season. The first operator in the country saw how, for the first time in several seasons, it had to share the rights with another company.

This has given a lot to talk about since then, with many rumors of the possible increase in the prices of DAZN services to comply with the disbursement they made to obtain the rights of LaLiga, as has been happened in other countries.

DAZN will have all the matches too 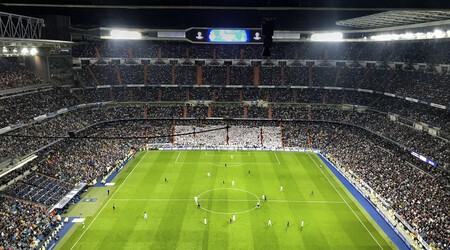 Today El Confidencial publishes that Telefónica and DAZN, the Russian streaming platform, are negotiating and finalizing an agreement, by which Movistar will be able to broadcast all the days of LaLiga in the 2022 and 2023 season.

With this, although negotiations are under way, as was expected for a long time, according to this information, we will be able to watch all national football (Champions could remain Movistar’s winning and exclusive horse, although still to be confirmed) without being tied to an operator. And it is that, Telefónica could broadcast the five games of each day that were reserved for DAZN, but the latter will also have the five from Telefónica, which may, for example, resell to Orange.

The information points to an additional payment by Telefónica of 1,400 million euros to be paid to DAZN (280 million for each season), who is currently the winner of 45% of the matches auctioned by LaLiga in December 2021. According With the information, it is expected to finally announce the agreement on February 24. At least that is the purpose of Telefónica.

Telefónica wants to be able to broadcast 100% of LaLiga matches from this 2022-2023 season and for that it needs to close an agreement with DAZN. The figure is not exact, since the price it would vary depending on audiences or parties that will be exchanged.

Our colleagues from Xataka Móvil have contacted Telefónica to know the official position although they have not received a response, for the moment.