A few days ago, Google released the first preview for developers of Android 13, the next version of this operating system that will arrive openly in the coming months. In fact, through this guide, Xataka’s colleagues have explained to us how to install it on our phone if we have a Google Pixel 4a or higher. In addition, we have recently discovered a feature that perhaps few of you had considered. And it is that with this version and its virtualization, it is possible to install Windows 11, as well as run Linux distributions.

Devices with Google Tensor with Android 13 can virtually run these operating systems, and everything indicates that with quite remarkable performance.

Android 13 and its peculiar virtual machine 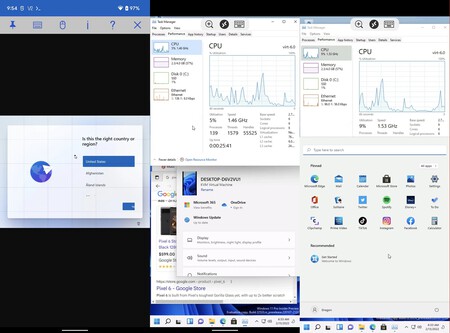 Developer kdrag0n has tweeted several screenshots of his Pixel 6 running various Linux distributions, including Ubuntu, Arch Linux, Void Linux, and Alpine Linux. Compiled in Aarch64 and using the Pixel 6 KVM hypervisor, the systems have been able to run at full functionality according to this developer. 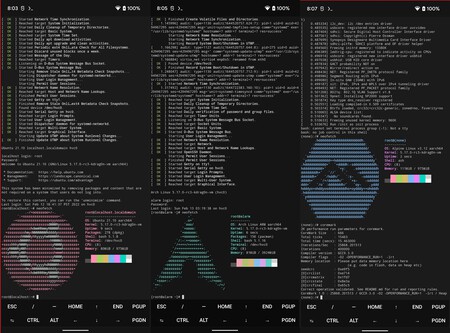 Linux hasn’t been the only thing kdrag0n has been able to check on his Pixel 6. He’s also tried installing Windows 11 through this virtual machine. As he has commented on Twitter, the performance with Windows 11 is quite good , although there is still no type of graphics acceleration. However, the developer has even been able to run Doom by connecting his keyboard to the phone as input.

While it’s not yet clear what Google wants to do with this technology, what we do know is that this developer has used it for something entirely different. Mishaal Rahman already talked about Android 13 virtualization a couple of months ago, commenting that this feature may exist in relation to how Android updates are applied to the device.

Android 13 arrives perhaps too soon for users, especially considering that its previous version is compatible with very few devices, and only 24% of all devices today run Android 11.