The time is drawing near when players of World of Warcraft: Shadowlands will have to face the toughest challenge they have encountered so far, as it is the fact of fighting once and for all against the mighty Jailer to prevent him from rewriting the rules of reality. That will be possible as soon as End of Eternity arrives, the new update that will be published on February 23.

This new batch of content, corresponding to patch 9.2, will take users to Zereth Mortis, a place designed by the First Ones and used as a workshop to create the afterlife. This is where the Automa dwell, the ones responsible for giving life to everything that exists in the Shadowlands.

Its strange design is completely supernatural and defies the concepts of reality or physics. But to everyone’s misfortune, the Jailer will try to seize the secrets of this place to reshape reality according to his evil wishes. Therefore, the only way will be to form a good group and enter the Sepulcher of the First, the new raid.

As usual, not all of the content in this dungeon will be unlocked at once. In total it will be divided into several phases depending on the difficulty for which each one wants to bet, being distributed as follows: 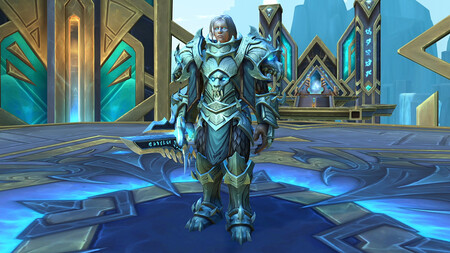 Beyond all of this, players will be able to earn new armor sets, take on new quests, forge alliances with the mechanical Automa and Enlightened Ones, as well as gain new mounts and pets to collect. In short, a new wave of content of all kinds to close the current expansion in style.