A message posted on Reddit by a user has opened a Pandora’s box. The user commented that he is very active on the Twitch network, owned by Amazon, and that he has always liked to support, financially speaking, the streamers he likes. The problem is that, as time has gone by, he feels that he has become an addiction and doesn’t know how to get out of it.

And this confession has led many other people to say that something similar happens to them. In addition to that if you start searching Reddit you will see people talking about this too. And these people also want advice to curb this supposed addiction to donating on the streaming platform. And everything points to the fact that this could be a variant of gambling or gambling addiction (for a fee).

We must remember how the psychologist Díaz González, an expert in gambling addiction, had explained to us in the past that “almost all the cases of young addicts that I have treated in recent years are people who came to the world of poker, online betting or video games because of the influence of relatively famous people”. And many casters and streamers are famous people, a reference for many of their followers. 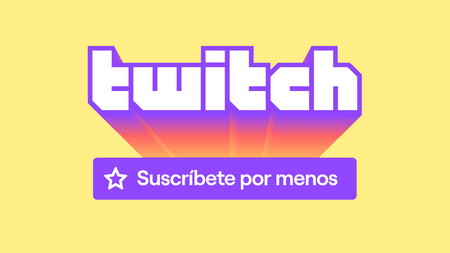 Although this is all part of a Reddit post, it seems that many Twitch streamers and creators are aware of it. There are those who over time have disabled the option for their followers to send them money. And others have a limit.

Imane “Pokimane” Anys announced on Twitter in early November that donations on her channel would be capped at $5. And Anys asks her followers to take that money and give it to other streamers who may need it more than her. She says that she feels bad when people donate to her, because she believes that she is raising expectations in them.

For her part, in Spain, Jen Herranz, during her time on the program El Tolchou, from Elstream, stated that “it is time to open the melon, albeit briefly, of people who have an addiction to donate pasta to streamers“. Jen said that she has even told fans to stop sending her money through Twitch. You have to remember that well-known streamers and casters can receive a lot of money from advertising or subscriptions. For smaller content creators, these donations can be very useful, since they do not always have that support from advertising.

Our colleagues from Xataka contacted the Spanish streamer Roc Massaguer, also known as Outconsumer on the Internet, to talk about this phenomenon. He himself has recently disabled the Hype Train on his Twitch channel (a bar that is placed in each direct and that is completed as people contribute donations. When it reaches the end, it levels up, thus unlocking new emoticons or other actions decided by the streamer).

Massaguer considers that “I don’t think there is an addiction as such, but sometimes I do feel that people are somehow being forced to donate. That is, the system induces a type of pressure. When four subscribe, it is more likely that there will be a fifth. There is a certain knock-on effect. If I say that we have to reach 200 and we have 197, it is easier for the remaining three to come. And the Hype Train is a perfect tool for all this“. Outconsumer believes that streamers and content creators should inform their followers about where the donated money will go (for example, to buy a computer equipment, some product necessary for their task…).