As we told you a little over a week ago, Motorola today presented the Moto Edge 30 Pro, a launch that fits into the already traditional announcements that take place a few days before some great event in the sector, in this case the Mobile World Congress 2022. A very appropriate moment, therefore, for the presentation of what will be its top of the range in the international market for this 2022.

And yes, I say the international version because the Moto Edge 30 Pro is the version for the rest of the world of the Motorola Edge X30, which the company presented for the Chinese market last December . And, as expected, we are talking about the same specifications (except that Motorola has used components from different manufacturers), so we have not found any surprises in the announcement, which, yes, allows us to know which version of it reaches our country.

Motorola is aiming higher and higher, and this is something that we already saw coming at least a couple of years ago, when after gaining a good position in the mid-range segment, it began to point towards the high range, with increasingly advanced terminals and better features. Now, with the Motorola Edge 30 Pro, this journey has been completed, and we already have a device fully comparable to the top of the range from many other manufacturers.

The visible face of this Moto Edge 30 Pro is a screen built with a 6.7-inch OLED panel that offers a resolution of 2,400 x 1,080 points in a 0.45:1 aspect ratio with a refresh rate of 144 hertz . For the consumption of multimedia content and for games, it is complemented by two dual stereo speakers compatible with Dolby Atmos. 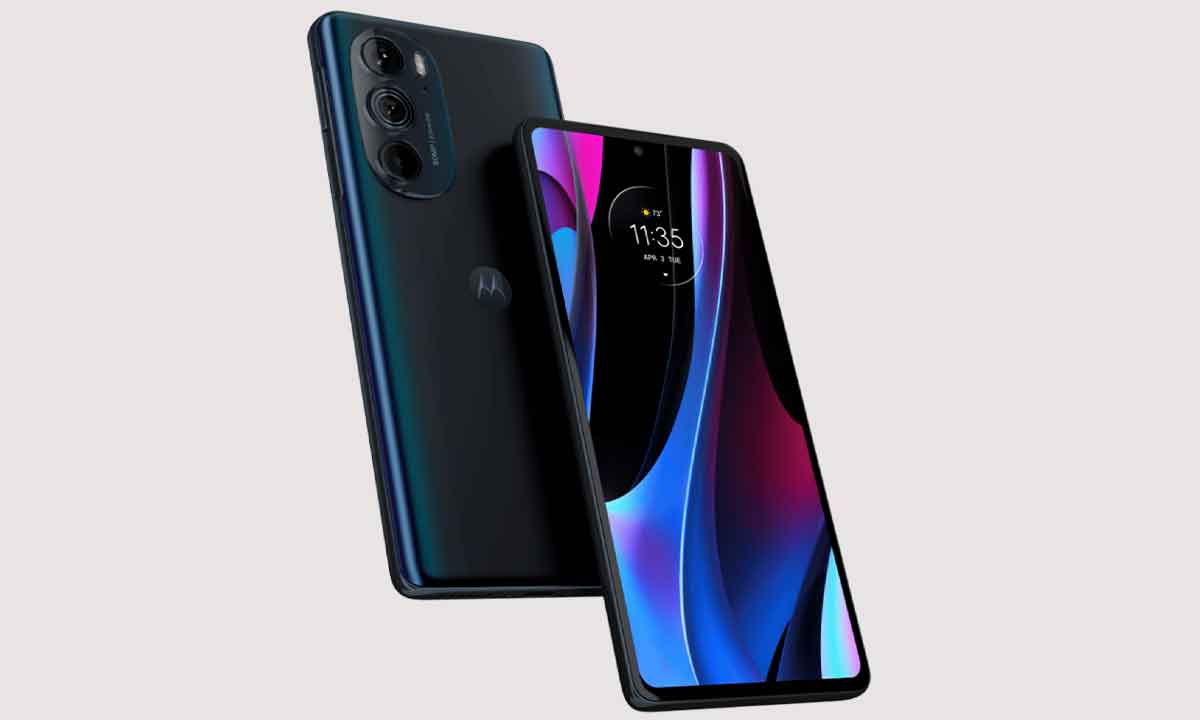 Already inside, the Moto Edge 30 Pro is powered by a Snapdragon 8 Gen 1 SoC, Qualcomm’s top of the range, which is supported by 12 gigabytes of LPDDR5 RAM and 256 gigabytes of UFS 3.1 storage. Its connection between inside and outside is established thanks to its 5G connectivity, WiFi 6, Bluetooth 5.2, NFC and USB-C. The whole set is powered by a 4,800 milliamps battery that has a 68-watt fast charge function, as well as a 15-watt wireless fast charge.

As for the cameras of the Moto Edge 30 Pro, the main one is made up of three elements: a 50 megapixel main sensor with a f/1.8 number, a second element, also 50 megapixel f/2.2 and which combines ultra wide angle and macro 50 megapixels, and a sensor of 2 megapixels f / 2.4 dedicated to depth of field. For its part, the front camera is located behind a hole in the upper center of the screen and has a 60-megapixel f/2.2 sensor.

Although three variants were announced in the presentation for the Chinese market, only one has arrived in Spain, at least for now. Of course, the company did not want to fall short and, as we have already told you, here we can acquire the 12/256 model, for a price of 799 euros.