One of the best role-playing sagas of all time is now available for Nintendo Switch… although not as we would like. Indeed, we are talking about the adventures of Kingdom Hearts.

When Square Enix announced that the Kingdom Hearts games would arrive with Cloud versions (in the cloud), many raised their hands to the head. It doesn’t seem like the best idea to bring these JRPG classics to the Nintendo hybrid.

It’s not the first similar case on Switch. Games like Control, Hitman 3 or Dying Light 2 also bet on this format, although it was justified by the lower technical power compared to PlayStation, Xbox and PC.

We can already say that the Kingdom Hearts saga is available on the Nintendo eShop. The complete compilation costs 79.99 euros, which includes 1.5 + 2.5 ReMIX, 2.8 Final Chapter Prologue and 3 + ReMind.

Fortunately, Nintendo gives us the possibility to download versions of test to see how they work on Switch. This will depend on your Internet connection, fundamentally, so be very careful.

The opinions of the players have not been long in coming… and unfortunately they are nothing positive. We find the example in the official Nintendo Switch subforum on Reddit, where a user tells us about his experience with the games.

We are sure that Square Enix will soon release patches that improve the experience with the Cloud versions of Kingdom Hearts. However, at the moment it seems that it is not recommended to buy them. 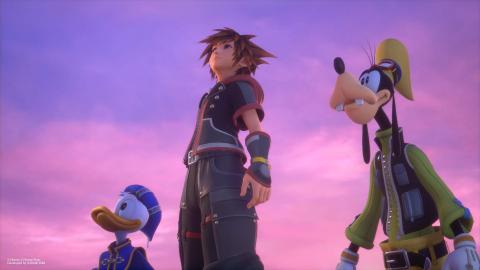 The user SkittlesYumYum claims that it is impossible to run the games in Dock mode (with the console attached to the monitor / TV) He claims that they do not charge and that hangs occur ues.

When we switch to handheld mode, games seem to work…but with considerable lag. SkittlesYumYum claims that the pacing is slow and tedious, with frame drops and connection issues marring the experience.

”The game literally crashes on load if you play the docked game. They will load in portable mode, but the lag is so big on the cloud versions that I find them unplayable. Even with a strong connection, games jump every few seconds”.

If we read the comments on the post (uploaded to Reddit about 7 hours ago), we see how other players corroborate this, while some claim that they forgot about these releases when they found out they were ”Cloud versions”.

SkittlesYumYum recommends against purchasing these games, at least until Square Enix releases patches that address these issues. Have any of you already tried Kingdom Hearts on Switch?

In any case, the first thing we recommend is that you download the trial versions. In case they are executed correctly, it may be better to wait a few days or see other opinions about it.