TikTok popularized the format, and a short time later it arrived on Instagram. Reels have accompanied the platform ever since, and more and more users have been able to make the most of the format with original ideas. Now this function comes to Facebook accompanied by new forms of monetization.

This feature reaches more than 150 countries globally, including Spain. We can test the feature now for both iOS and Android devices. To do this, we just have to have the latest version of the Facebook app and go to the Reels tab at the top of the interface.

Reels arrives with news on Facebook. And it is that this feature is accompanied by ‘Remix’, a way of creating Reels based on one already public on the platform. And as we well know from Instagram, we will have up to 60 seconds to create our Reel, and can also save it in drafts if we wish. And along with this, we will also have a function to create video clips, although this will arrive in the coming months.

“Congratulations, you’ve won an iPhone 13”: the bombing on Instagram is a scam but there are ways to avoid it

In the coming weeks, Facebook intends to roll out this feature to several of the places that make up the Facebook interface. And it is that Reels will reach Facebook Stories, being able to share these videos with our friends and give them visibility. They will also give way to the ‘Watch’ tab, and we will see a dedicated Reels tab at the top of the Feed to make creating and viewing Reels easier. In addition, suggestions will also arrive, so Reels may appear from people that we do not follow but that the algorithm detects that we may be interested in. 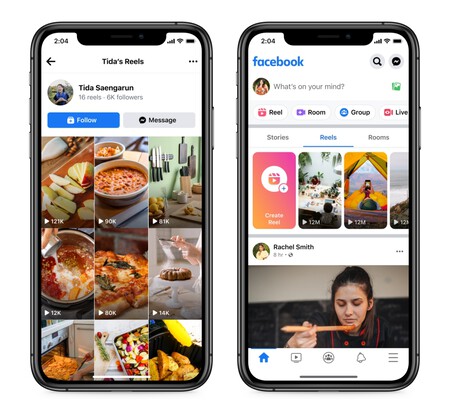 The announcement of Reels on Facebook has also been accompanied by the ways that creators will have to monetize their videos on the platform. To do this, Facebook will place advertising in the form of stickers superimposed on the video. At the moment, these monetization channels have only reached the United States, Canada and Mexico, but from Meta they have assured that in the coming weeks we will see them in other regions.