Wordle was a simple game created by one person for another person and ended up becoming a phenomenon, selling for over a million euros and with endless translations and variations.

On the topic of variants, one of the most interesting I’ve come across recently (aside from Nerdle for math lovers), is Squabble, an online and competitive multiplayer version of Wordle . 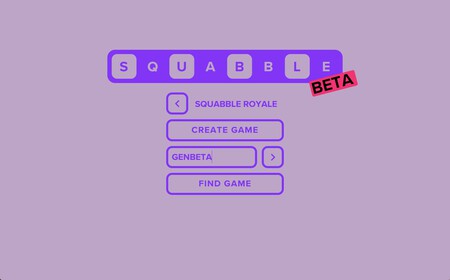 Squabble is basically a Wordle Battle Royale, that is to say, a game against other players who are falling like flies the more time passes until there is only one winner left. The word follows the same rules as Wordle: five letters, six tries, the letters change color depending on whether or not they are in the correct word or place, and everyone has to guess the same one.

You must try to guess words until you are the last one standing.
If you guess correctly, you will deal damage to your opponents, if you guess wrong, you will take damage. 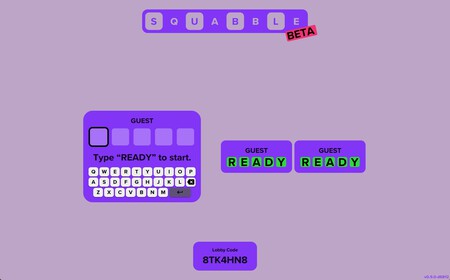 If you create a game you can share the key to the lobby with your friends and have a private competition. At the end of each match you can see an instant replay of all the moves of each player. It’s total chaos, and quite fun if you like competition.

This version is currently only available in English, but don’t be surprised that it will also become popular enough to appear in other languages ??in the future.