The first Nintendo Direct presentation of 2022 is here. Each new broadcast brings together millions of fans eager to find out what’s new for Nintendo Switch, and this time, fulfilling the tradition of every February, we have before us 40 minutes of news.

As always, in this article you have a summary with all the games that have been seen live, starting with the new Fire Emblem Warriors and ending with Xenoblade Chronicles 3… with many surprises in between!

Below is a link to watch the presentation live, and if you’re curious, you can compare this presentation with the one from February 2021 and the last Nintendo Direct generates, in September 2021.

A new musou based on Fire Emblem Three House will be released on the 24th June on Nintendo Switch. As in Hyrule Warriors Age of Cataclysm, it will expand the story of the most recent title in the saga.

The double remake of the first two Advance Wars games, released on the Game Boy Advance, will have multiplayer online and map editor… Confirms its release date April 8.

The popular space exploration game will have an adaptation for Nintendo Switch this summer.

The game of sports created by Next Level Games, which had installments on Game Cube and Wii, returns with a new installment for Nintendo Switch. Yes, it’s a soccer game, but Mario-style… and yet it’s much wilder and more intense than other Mario games like Mario Golf or Tennis.

Eight players will be able to play on one Nintendo Switch locally and online, coming out June 10.

New Splatoon 3 gameplay reveals the return of Salmon Run mode, a cooperative mode where you endure rounds of salmon attacks. It will be released in summer 2022, but no date has been set.

Wanzers return to the battlefield once more!

Prepare for battle when FRONT MISSION 1st: Remake launches on #NintendoSwitch this summer!

Remakes of Square Enix’s strategy games Front Mission 1 and 2 are announced. The first will be out in the summer, the second later.

On April 20 There will be a port of this action game in the saga released in 2008, and it will have Wii motion controls!

Reminder that the Ezio Collection is on its way to Switch, coming out February 17.

Bandai Namco has a new game in the Gundam universe in the works, due out in 2022.

The rumored remaster of Chrono Cross, a sequel to Chrono Trigger that came out on PlayStation, has just been announced or for Nintendo Switch. It will be released on April 7, it is multiplatform (PS4, PC, Xbox One).

Kirby and the Forgotten Land 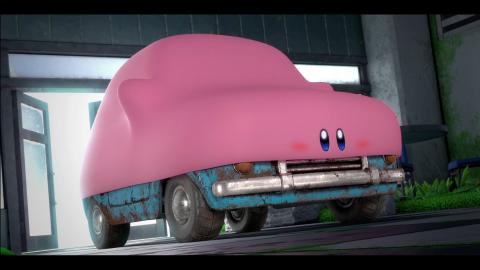 New trailer for the Kirby game that is wowing the world, a 3D adventure that is just around the corner corner, March 25 In this gameplay, Kirby’s new transformations are revealed, such as a car, a machine, ina dispenser or a cone. These transformations are in addition to Kirby’s copy abilities, which you can upgrade.

First gameplay of the Switch version of MLB The Show, the baseball game developed and published by PlayStation. It’s the first time it’s coming out on Switch, and it’ll get crossplay when it comes out in April.

A look at several compilations of games in development for Nintendo Switch, starting with the controversial compilation of the Kingdom Hearts saga… cloud exclusive

The two games of Klonoa, the platform series from Namco, also receive a compilation on Switch, but also coming to PC, PS4, Xbox on July 9.

Portal and Portal 2 are coming to @Nintendo Switch in Portal: Companion Collection. Get ready to think with portals later this year for $19.99 in the Nintendo eShop! pic.twitter.com/2khcumsBbK

Both Portal games are coming to Nintendo Switch. They come out this year, without a specific date, also maintaining online multiplayer.

An RPG set in various eras (prehistory, the West, feudal Japan or even the future) that was exclusive to Japan is getting a remake in gorgeous HD graphics, coming out on July 22.

We were hoping for a sequel to 1-2-Switch… and we got it! a sequel to Wii Sports! Badminton, Soccer, Volleyball, Chambara (sword duels), Bowling, Tennis… all controlled by c with the motion control of the Joy-Con. It will have new characters, but you will be able to use the Mii, and there will be online multiplayer.

Comes out on April 29, and there will be a free update in the summer in which you can use the Ring Fit strap to play soccer… and in the fall the Golf.

From February 19 to 20 there will be an Online Play Test to test the online. Learn more about Nintendo Switch Sports here.

New musical game of beating the drum to the rhythm, which will have 76 songs, including Zelda or Undertale themes. , there will be a paid subscription where you can get up to 500 new songs.Coming out this year.

New images of Triangle Strategy, the tactical RPG coming out March 4. A free demo will be released in a few hours.

Images of the Cuphead DLC, which will be released as on the other platformsin June.

MercurySteam’s game will receive a free update with a new difficulty mode, which will kill you in one hit. A rookie mode will also be added, and a boss rush mode will be released in April.

A slew of games for Switch, highlighting that Konami’s GetsuFumaDen is out today.

Mario Kart 8 Deluxe will receive a new DLC with remastered circuits from previous installments: extra tracks.There will be 48 circuits, which will be released in 6 waves of 8 circuits each… up to 2! 023! The first tracks will be released March 18, and the season pass costs 24.99 euros, although it is included in the Nintendo Switch Online Expansion Pack.

Announced the new installment of Xenoblade Chronicles, which will unite the two worlds of the first and second Xenoblade. It will be released in September 2022.

And that’s it! What did you think of this Nintendo Direct presentation? What is your favorite game seen today? Which one do you miss?