According to a report released this week by blockchain data firm Chainalysis, the NFT market is rife with people buying their own Non-Fungible Tokens, or NFTs, to drive up prices. They call this practice “wash trading”: buying and selling a security in order to deceive the market, something that was done in the past on the Wall Street stock market and has been illegal since decades ago.

The fact that the ever-growing NFT market is still unregulated can lead to many types of scams. And in fact, we are witnessing many of them as the plagiarism of original works of art. This “wash trading” has also presented a problem for the cryptocurrency market.

DON’T BE FOOLED! The main SCAMS in ONLINE PURCHASES and HOW TO AVOID THEM

Buy-sell up to 25 times of the same NFT 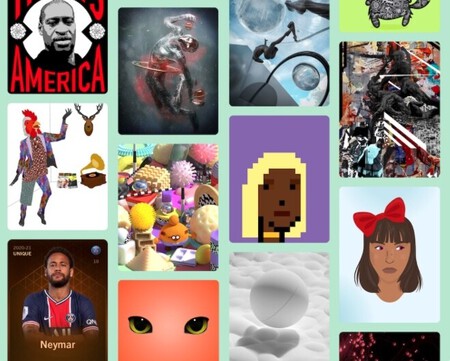 The report tracked cases where the same operators sold the same NFTs over and over at least 25 times and this company has identified a group of 110 suspected NFT launderers who have obtained about 8.9 million dollars of profits with this practice.

Researchers also discovered email addresses associated with scams. An estimated total of $1.4 million in sales in the fourth quarter of 2021 alone came from illicit addresses. The authors of the report recalled that “while money laundering operations are prohibited in conventional securities markets”, NFT-related laundering operations have not yet been the subject of action to stop the problem.

In the following graph, the yellow color represents, among the illicit money received by NFT platforms, the one that came through scams in recent quarters, according to the Chainalysis report. You can see how scams have been on the rise:

“While money laundering in physical art is difficult to quantify, we can make more reliable estimates of NFT-based money laundering thanks to the inherent transparency of the blockchain“, the authors have said. of this research.

A few days ago it became known that 80% of NFTs are fraud, according to information provided by OpenSea, the main platform for these assets.