Last November, Indian developer Rudra Saraswat released ‘Gamebuntu’, a graphical tool that automates the installation and configuration of “a complete environment for games in Ubuntu without any other adjustments”, one that included everything from Steam and Lutris to OBS and Twitch.

Last Saturday, Saraswat was present at Ubuntu’s ‘digital booth’ at FOSDEM (Free and Open Source Software Developers’ European Meeting) 2022 to talk about Gamebuntu. But participants in the online event who did not previously know Saraswat would be surprised to see his interlocutor: a 12-year-old boy .

‘Well’ —many readers will think— ‘it’s not that uncommon for a preteen with some programming knowledge to spend their time creating video game-related tools‘.

And it’s true. But the fact is that good old Saraswat had been giving, half an hour earlier at the same event, another talk about Ubuntu Unity Remix, an unofficial ‘remix’ of Ubuntu that reimplements the abandoned Unity desktop environment by the official distribution a few years ago.

In the 80s there were more “little programmers” than now: the starting age has passed from childhood to adolescence 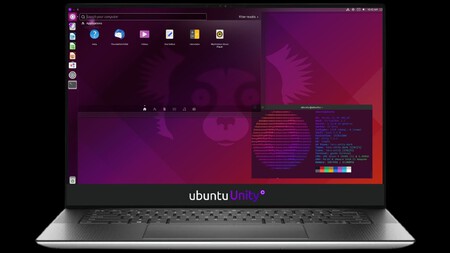 Ubuntu Unity Remix, one of three Ubuntu ‘remixes’ created and led by Saraswat.

And that twelve-year-old boy, who attends school in Delhi, was in charge of talking about Ubuntu Unity Remix because he is the creator and leader of the project: he has been working on it since 2020 , in fact. And he is also one of the maintainers of Unity7 and UnityX, the next generation of the aforementioned desktop.

Well, well, he likes video games and the Unity environment (which was released when he was two years old, by the way); meritorious, without a doubt, but surely his contributions to the Linux ecosystem end there, right?

Well… no; because he is also the creator and lead of two other ‘remix’ projects (and maintainer of SourceForge’s ‘Ubuntu Remixes’ repository):

“I wanted to do something really cool”

In addition, on February 1st, our protagonist announced the launch of Una, a client designed to simplify the installation of software from the MPR (Makedeb Package Repository), a repository that houses packages provided by the community (an equivalent to the Arch Linux AUR).

He is also the driving force behind an alternative Snap package server to the Snap Store, ‘lol’ (created as a proof of concept in the face of excessive centralization of the Snap ecosystem).

Saraswat, according to her Ubuntu Wiki user profile, can program in C, C#, Java, Assembler and Bash. He has been using Ubuntu since 2017 (7 years) and participating in the Ubuntu Community Hub’s Ubuntu Discourse since 2019 (9 years). In The Register they collect these statements of yours:

“I’m in seventh grade and my mom is serious about my studies, so as long as I get good grades… she doesn’t mind me working on these projects. In fact, she supports me. In fact, I remember I did Ubuntu Unity right before my exams and my mom allowed me to spend only about two hours or so, because I told her I wanted to do something really cool.”

“So I made and released the first beta of Ubuntu Unity taking advantage of those two hours, and two days later the story appeared in Forbes: that’s when he realized he had done something big.”