“ Our language teacher giving us memes in the exam correction has been incredible. […] she has really made my day”. This was written yesterday, Monday, by a Cadiz 2nd year high school student, the user @isaa_reixach, on Twitter.

A few hours later, the teacher in question ‘raised her hand’ to confess guilt. This is another tweeter, Noemí —better known as @Librosalaula —, who defines herself in her profile as ‘teacher and librarian’:

This first tweet has already garnered more than 3,000 retweets and 26,000 likes.

His tweet was accompanied by a small sample of the type of ‘memes’ he uses to assess exams, which he prints on sticker sheets: “As a draft they come out quite well [for the price] . At least on my printer”, he stated in response to questions from users interested in the monetary aspect of the initiative.

As she herself explains, “some are classic memes”, collected ‘as is’ from the Internet… but most of them have been made or completed by herself using the online tool Canva, which makes it easy for users with little knowledge creating their own designs.

There is only one thing better than memes: medieval memes, and so you can make them

Danger: that a student fails on purpose to ‘complete the collection’

A look at the image shows it full of well-known characters from networks for memetic fans: from the ‘pollution man’ (“Let’s see, let me see it”) to grumpy —and now deceased— cat Tardar Sauce (popularly known as Grumpy Cat), going through Batman’s slap at Robin, by Sheldon Cooper, or by Belén Esteban.

The topics addressed? Syntax and parsing, spelling and punctuation marks, or the B/V distinction. It also addresses methodological issues (“What part of ‘reason your answer’ didn’t you understand?”) and falls into either the motivational (“You can!”) or the downright demotivational (“Cover that up”).

Noemí often resorts to pop culture in her ‘Language’ class: another of her students affirms that she dictated phrases from the ‘Euphoria’ series to them

Although some other users have not taken the initiative well —”the institute was enough trauma for them to laugh like that”, some have even tweeted—, Noemí affirms that the reception among her students has been very different:

“In fact, some of them got angry because she didn’t have any memes. The next exam I’ll fill it in.”

And not only among her students: her professional colleagues have also shown her enthusiasm with the initiative and have been willing to replicate it…

… before which, Noemí has ??chosen to upload to Google Drive the three templates (1, 2, 3) in PDF that she had already created. The replies, full of congratulations —and tweets of “my favorite is…”— speak for themselves of the positive reception that her selection of memes has had. 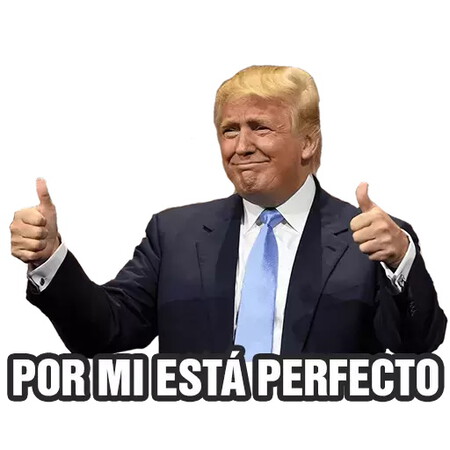 The meme that every student (and writer of Genbeta) wants to see next to what he has written.