Caroline Walker will be back this spring… to join those of you who couldn’t enjoy Tormented Souls. This classic survival horror is the best tribute to Silent Hill and the first Resident Evil.

After launching on PS5, Xbox Series X|S and PC, the creators of Tormented Souls have confirmed that the game will also will come to last generation consoles and Nintendo Switch. A great surprise.

This is confirmed by the publisher PQube and the studio Dual Effect (via Gematsu), so no one will miss this survival horror that reminds us of the classics of the genre. Release dates are already confirmed.

”Classic Survival Horror is back! Solve puzzles and face sinister enemies in deadly combat in this unforgiving nightmare as Caroline Walker searches for two missing twins in a cavernous abandoned mansion”.

In the statement, PQube announces that Tormented Souls arrives on PS4 and Xbox One on February 25 , for now only in digital format. As for the version for Nintendo Switch, it will be released on April 14.

Tormented Souls introduces us to Caroline Walker, a young woman who search for two missing twins in Winterlake. You can expect terrible enemies, puzzles of all kinds and much, much terror in the different stages of the mansion. 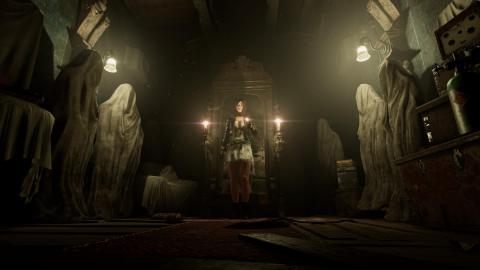 The technical specifications of Tormented Souls on these platforms have not been detailed. We remind you that the game it arrived on August 27 of last year on PS5 and PC, while it debuted on the new Xbox generation on September 7.

As we told you in our review of Tormented Souls, the game’s strength is exploration and terror, since the combat system does not it is no longer a carbon copy of what was seen in the 90s.

Horror games that will be released in 2022. The most anticipated “survival horror”

Survival horror lovers will fall in love with Tormented Souls for its story, setting and tank camera, which gave us so much joy (and hardship) in the first Resident Evil games.

Tormented Souls will arrive on PS4 and Xbox One next February 25, so we can enjoy it in just over two weeks. As for the Switch version, we will have to wait until April 14 to get into its portable terror.