Windows 11 came with a significant visual change, and despite fixing some of the biggest design inconsistencies in the system, the product we currently have is still a long way from offering a unified interface that doesn’t preserve infinity of elements of old Windows.

This is something that some of us don’t care about, and that, on the other hand, bothers us a lot. There are those who are so disturbed by the situation that they have decided to fix it themselves, and that is how we have this interesting project called Rectify11: “Windows 11 as it should have been“.

Rectify11 is a modified version of Windows 11 created by someone who has nothing to do with Microsoft, it is not a theme or “skin” as such, nor is it something that you can apply on top of your current installation of Windows 11.

It is a complete ISO of the operating system modified as much as possible so that the interface looks more consistent. Adding the new “Mica” style and Fluent Design to all the missing parts, updating more icons, and even tweaking classic Win32 apps that Microsoft hasn’t updated to Windows 11 style yet. Even the Windows installation windows have been updated to have a more consistent interface. 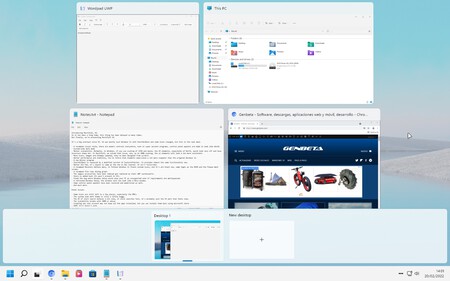 Windows 11 vs Windows 10: all the visual changes (in images)

Recitfy11 offers a slightly more consistent visual style and modern controls throughout even older Windows programs, including the Control Panel and all of its tools, not just the Panel window and those icons.

In addition to this it has a truly complete dark theme, one of the biggest debts of Windows 10 and 11, and which today still does not apply to things like the Task Manager or almost any element outside browser and settings.

All that glitters is not gold 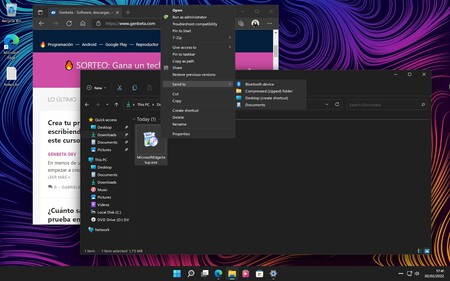 Rectify11 does a pretty good job of improving the design of almost the entire system, with more attention to detail than Microsoft itself. They have also tweaked several elements on a functional level that many people may prefer that way.

For example, the context menu in File Explorer is the old one, with all its options and without having to do that annoying click on “show more options”. In addition to this, right clicking on the toolbar shows more options directly. 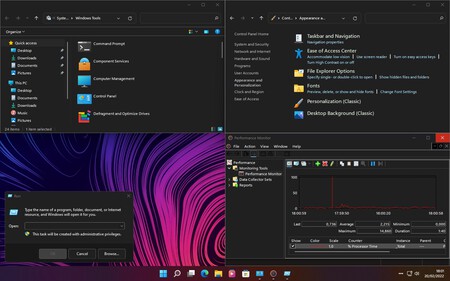 Dashboard and other classic tools with dark theme

The home button and bar icons are left-aligned by default, and classic customization options have been brought back. There’s also things like an alternative music player in pre-alpha, and it’s in that state that we could call all the rest of this tweaked Windows 11.

This is because while Rectify looks great to the naked eye, how it works is another story. Hopefully you should find a very fast and responsive system, but you will almost certainly run into bugs and possible blue screens. 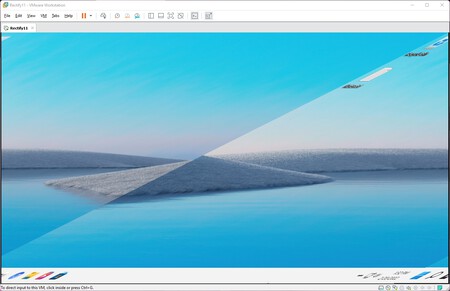 Some of the unfortunate events with this system…

The same day the first version was released, a few hours later the entire website with the downloads was taken down because the first ISO had critical flaws. The second version (which is the one we have tested) apparently corrects these bugs, but this does not mean that its installation and use has not been quite rough.

I absolutely do not recommend installing this system outside of a virtual machine, unless you’re doing it on a computer you don’t depend on and just for “fun” or in the “name of science”. It’s an interesting project to keep an eye on, but it has so many weird glitches that end in BSODs that it makes you better understand why Microsoft itself is so slow at everything.