As we mentioned a few days ago, the WhatsApp UWP app would be updated to add visual improvements to its interface and some other function. The update has already arrived, and everything indicates that the app will gradually take shape until it becomes the main WhatsApp experience on Windows.

Its new version includes visual changes in its interface, so that it doesn’t exactly clash with Windows 11, and also adds the dark mode. In addition, the emoji tool is introduced, which was not yet present in the app.

WhatsApp UWP is getting better

It is worth mentioning that the changes in its design occur in both Windows 10 and 11, which means that, in Windows 10 we will also enjoy that Fluent design that the app has. Also, depending on whether we have a light or dark mode in our system, WhatsApp will also adapt to it, although we can modify it to our liking.

We have tested the new WhatsApp app for Windows 10 and 11: all its new features and functions to improve

As for the emoji tool, it’s pretty simple. To access them we will only have to go to a chat and click on the emoji icon just above the writing box. In this way, when pressing, a box will appear with all the emojis and a search engine so as not to get lost in them. We can also activate the emojis if we write ‘:’, followed by what we want to search for, for example: ‘:happy’. 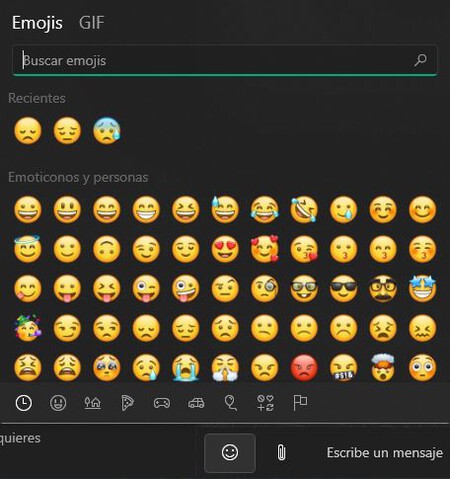 Another remarkable improvement in chats is that, we can now see a preview of the document or multimedia content that we send to another person. In addition, we can also edit the image before sending it, something that was still missing in this version of the app.

Your interface is now cleaner. Keep in mind that the application is still in beta, so there are still functions to be added. However, the vast majority of the basic functions are already implemented, and little by little more will be arriving. Let’s remember that this app abandons the Electron framework, so now it’s much faster and more efficient than WhatsApp Desktop, consuming considerably less RAM.

The update is now available and you can download it through the Microsoft Store for Windows 10 and 11.